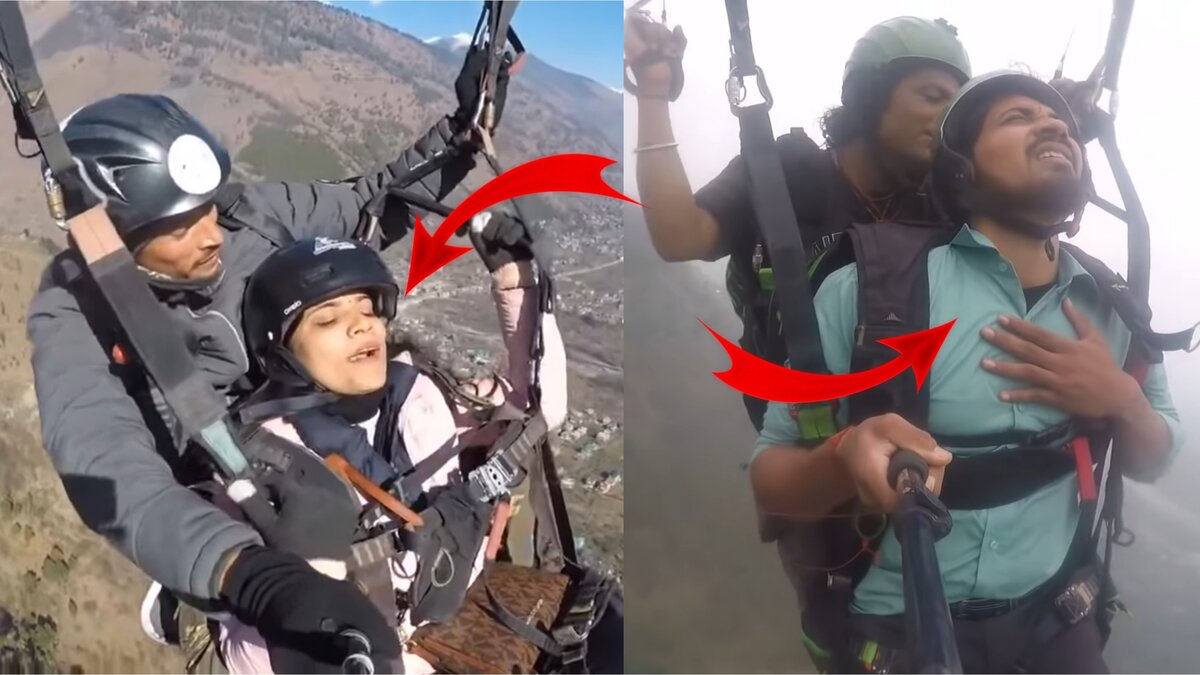 
Land Kara De, the man who went viral in 2019? The man in the humorous video became an overnight hit, and we can't stop laughing at his quip, which he made while paragliding.
The unidentified woman in the latest video is always frightened. She's joined by a trainer who tries unsuccessfully to calm her down.


She is frequently heard begging with the teacher that she is terrified and unable to look down. The teacher delivers a joke to lighten the situation after attempting to convince the woman that she would be alright.
'Your video will become viral, just like the 'Land Cara Day' man,' he joked.
Aslo on his Twitter account, IAS officer MV Rao posted a video of a woman paragliding. He captioned the video, "Paragliding is fantastic, isn't it?"
Stay connected with us for viral news and updates.